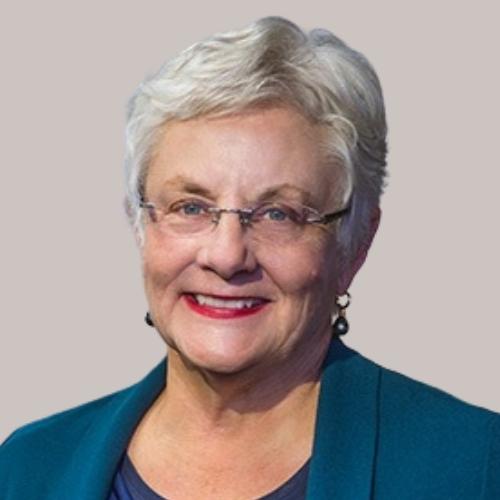 Dr. Sue Rosser became Provost Emerita at San Francisco State University, after serving as the Special Advisor for Research Development and External Partnerships for Academic and Student Affairs at the Chancellor’sOffice of the California State University System (9/16--9/20) and as Provost and Vice President of Academic Affairs at San Francisco State University (8/09—9/16).  She was the Dean of the liberal arts college at Georgia Institute of Technology (9/99—8/09), where she held the endowed IvanAllen dean’s chair of Liberal Arts and Technology.  Her research focuses on theoretical and applied aspects of women, science, health and technology, and she has authored over 140 journal articles and 14 books, the most recent being Academic Women in STEM Faculty (Palgrave Macmillan: 2017) and Breaking into theLab:  Engineering Progress for Women inScience (NYU Press:  2012).  She has held several grants from the NationalScience Foundation (NSF), including from 2001-2006 serving as co-PI on a $3.7million ADVANCE grant, PI on InTEL:  InteractiveToolkit for Engineering Learning ($900,000), Bridge to the Future for GIs($217,732), and PI on an IT Catalyst ADVANCE grant, ($250,000) and has served as a member of the external advisory board for more than a dozen ADVANCE grants, as well as Senior Program Officer for Women’s Programs at NSF (1993—1994). She served as a Clayman Fellow at Stanford (2007-2008) and on the AmericanAssociation for the Advancement of Science (AAAS) Executive Board (2010-2014).  Rosser received her B.A., M.S. and Ph.D. inZoology from the University of Wisconsin-Madison.

Funded by the National Science Foundation ADVANCE Program, Awards HRD-2121468 and HRD-1740860, the ADVANCE Resource and Coordination (ARC) Network seeks to achieve gender equity for faculty in higher education science, technology, engineering, and mathematics (STEM) disciplines. As the STEM equity brain trust, the ARC Network recognizes the achievements made so far while producing new perspectives, methods and interventions with an intersectional, intentional and inclusive lens. The leading champion in North America to propel the inclusion of women in the field of engineering, the Women in Engineering ProActive Network (WEPAN), serves as the backbone organization of the ARC Network.
Privacy PolicyTerms of Use
© 2018-2022 Women in Engineering ProActive Network (WEPAN). All Rights Reserved.